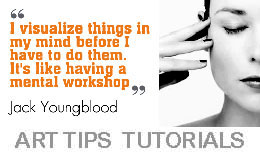 A typical artists' paint or pigment color wheel includes the blue, red, and yellow primary colors. The corresponding secondary colors are green, orange, and violet. The tertiary colors are red–orange, red–violet, yellow–orange, yellow–green, blue–violet and blue–green.
A color wheel based on RGB (red, green, blue) or RGV (red, green, violet) additive primaries has cyan, magenta, and yellow secondaries (cyan was previously known as cyan blue). Alternatively, the same arrangement of colors around a circle can be described as based on cyan, magenta, and yellow subtractive primaries, with red, green, and blue (or violet) being secondaries.
Most color wheels are based on three primary colors, three secondary colors, and the six intermediates formed by mixing a primary with a secondary, known as tertiary colors, for a total of 12 main divisions; some add more intermediates, for 24 named colors. Other color wheels, however, are based on the four opponent colors, and may have four or eight main colors.
TOP
0 Items